Thurso is a nice place. Quiet – well, less so that I had expected, but it was very tranquil. In this part of the world, it is hard not to let the scenery soften you a bit. The weather was shirt sleeves; dry, calm and, well, beach walking weather. The hotel was lovely, with a landlady who came from London… I think the joke that she was in witness protection up here wore a little thin by the time I left, but she made us feel welcome and fed us a cracking breakfast (and even donated a tenner).

Michael had already left by the time I had my breakfast, and by the time I was ready to catch the X99 back to Inverness, Peter and Carol came down. Goodbyes said, I trotted (or rather rumbled) back to the bus stop. No hiccups on the journey, which drove through the highlands instead of around them. We met up with the coast at Dunbeath and by midday I was back in Inverness. 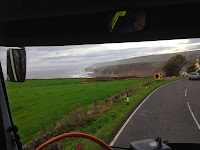 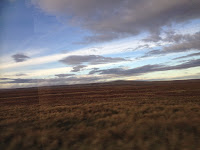 I don’t really feel ‘post achievement blues’, but as I had an hour to kill I found myself wandering back to Costa for a latte… it is hard to believe that it was only yesterday that Michael and I worked on the blog together here. It is also a bit odd not posting ‘facebook’ updates too… though I intended to give those wavering about donating a bit of a nudge later. I nearly bought several tacky gift items (but didn’t), nearly bought a tartan pashmina for Dionne and Harri, my sister in law (but didn’t). I nearly bought some more whisky (but I can get it in Southampton, so didn’t). After my successful shopping trip (depending on your perspective) I went to catch the 10.

As the last journey, it was very picturesque. I took some of the photographs I should have took last time we travelled the route. There was no car crash en-route. Nothing overturned in front of us. We reached Aberdeen just about smack on time. Now I had three hours to kill. 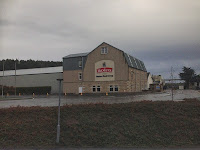 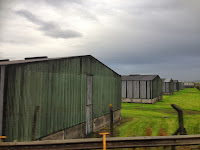 Wetherspoons was heaving for some football match so I went ‘off piste’ and visited a different pub, where they served the food on a piece of slate. Nice touch, although the slate was all but inedible. I went shopping, again, and bought a bottle of water. I could get used to shopping. 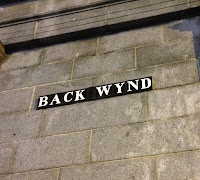 With 30 minutes to spare (which would have annoyed Michael) I sat looking at a giant burgundy coach that is the Stagecoach MegaGold Sleeper. I think it’s running number is G9, and it had come from Inverness. Yes, I have already been told several times already, I could have booked the trip home from Inverness… but it would still have been this coach, so I hadn’t lost anything. 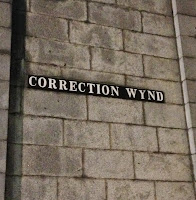 This service is pretty new, only having run a couple of months. Everyone else around me was very excited about it all – I was wondering what the onsies would be like as I had promised to take a photograph (aren’t they called ‘selfies’). We boarded. This coach is very nice indeed. Note I refer to it as a ‘coach’ and not as a ‘bus’. That is because to get it wrong would undo all the hard work getting on to a bussies level this week. It is not a scheduled bus service (which is why National Express – as nice people as they are – couldn’t count to the journey).

The seats downstairs were leather, with mahogany tables and cup holders… electric points and even complimentary refreshments! As a double decked coach, we were shown upstairs to the bunks. “Choose the bunk that suits you sir” said the host. Lovely. It is fairly cramped but good enough for sleeping on. As it was 21.00, I figured that we would sit downstairs until sleepy and then retire to our bunk. Its probably best I recount as it is still fresh.

“Can I go downstairs now?” I asked.

A confused look came over the steward… “No sir, you travel in the bed”.

“Well, you can’t until we are loaded and on our way”

“Alright, sir, why don’t you go down and make yourself comfortable while I settle the other passengers”.

I smiled and thanked him, made my way downstairs and chose a lovely forward facing chair with a generous table… though I expected others to come down too. It was only bloody 9 o’clock! Bear in mind, please, that this was done with no malice, and the steward was delightful, polite and a bit confused as to why I didn’t want to go to bed.

We got to Dundee, and no one joined me. I was alone. I could sit downstairs wherever I liked. I chose to stay in one place and write this… I think I may have caused sufficient confusion for one evening:-)

At around 0030 I opted to give the bunk a go and although it was rather rocky managed to sleep until 0500, in time to see us approach and weave our way through London to Victoria Coach Station. Tired, stinky and in no mood for rush hour London I made my way across to Waterloo and readied myself for my last journey home.

As if a fitting end to the journey, the train departed some 30 minutes late. So we got across and up the country between the furthest point on mainland UK, on buses, generally on time. But one train!!

I was met at Southampton by a rather excited little girl, her nurses and Dionne, my wife, bearing cupcakes (as promised). Not sure Cariad was so enamoured with her stick of rock from John O'Groats though. 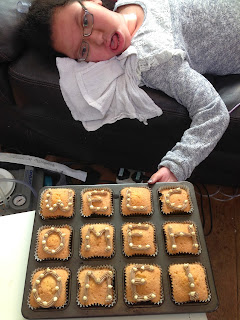 Finally, from me: the truth about the case handle that came with us? Well, as pictures say so much more than words: